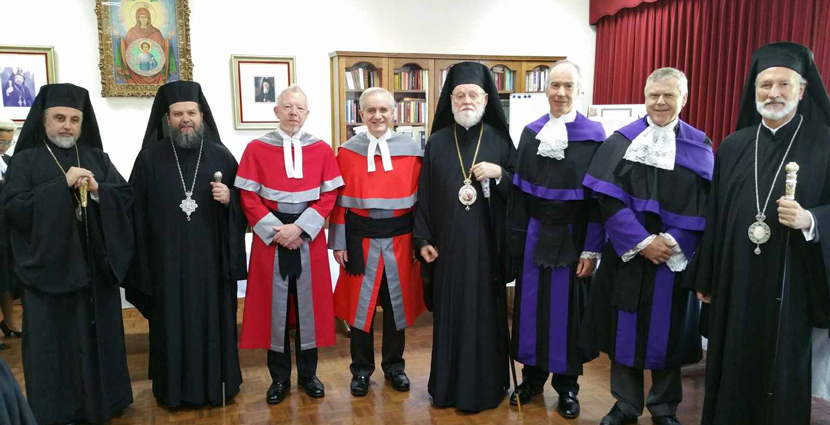 The Episcopal Assembly of Canonical Orthodox Bishops of Oceania, sponsored the Annual Opening of the Legal Year for 2016 with a Pan-Orthodox Prayer Service – Doxology held at St Eustathios Greek Orthodox Church in South Melbourne on Monday morning, 1 February 2016. Many notable participants: hierarchs, clergy and laity, legal professionals from the Orthodox community, were present to receive the dignitaries from the judiciary, including distinguished Supreme Court justices, and offer prayers for beginning of the new Legal Year.

Toward the conclusion of the Service, His Grace Bishop Iakovos read a letter of felicitation, commenting on the Gospel lection of the day on the Good Samaritan (Luke 10:25-37), from His Eminence Archbishop Stylianos, Primate of the Greek Orthodox Archdiocese of Australia and Chairman of the Standing Conference of Canonical Orthodox Bishops of Oceania.

His Grace Bishop Irinej, invited to greet the august gathering on behalf of the hierarchs present, commented on the petition of the Great Litany in which prayers were offered for "wisdom, peace, enlightenment and salvation" of the members of the legal profession. He noted that all of these attributes of the Divine for us as Orthodox Christians are incarnate in the person of Jesus Christ who came not to abolish to the Law, rather to fulfil the same. As such each legal practitioner is summoned to implement the twin disciplines of maintaining order through the letter of the Law and preserving the spirit of the Law in the exercise of justice for the common good of all.