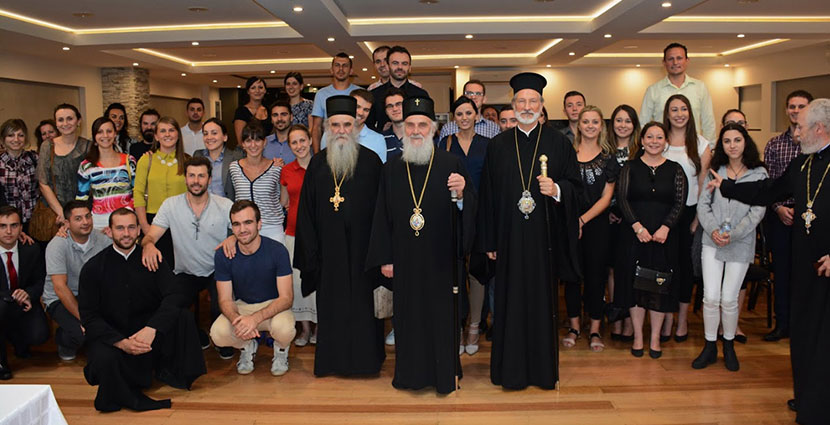 Visit to Anglican Cathedral church in Melbourne. - Interview for the national radio SBS. - Socializing with young people from the "SOYA" Youth Association.

On Monday, 7 March 2016, His Holiness Irinej, Serbian Patriarch, visited, with his entourage, the Anglican Cathedral church in Melbourne. On behalf of His Grace Archbishop of Melbourne Philip Freier, the highest delegation of the Serbian Orthodox Church was welcomed by Dean of Melbourne, Very Revd. Dr. Andreas Loewe. In a cordial conversation, they reminded of mutual cooperation and fraternal relations promoted between the Serbian Orthodox Church and the Church of England, particularly during the time of Bishop Nikolaj Velimirovic.

The Patriarch pointed out the significance of marking this year the 100th anniversary of the famous sermon of Bishop Nikolaj of Zica delivered in St. Paul's Cathedral in London, appealing for the support of the Serbian people under occupation in the First World War.

Then Patriarch of Serbia and Metropolitan of Montenegro and the Littoral gave interviews to the Serbian and Greek radio stations which function within the national radio SBS.

In the evening, Patriarch Irinej with his entourage visited the church of Saint Sava in Greensborough, where, following the rite of doxology, they had dinner. The Patriarch held a sermon at the meeting with young people from the Orthodox Youth Association "SOYA" and had archpastoral talks with them.