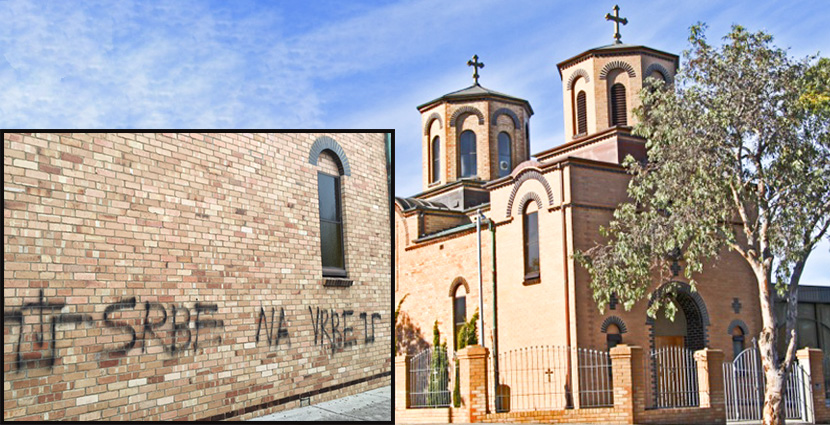 An offensive sign sprayed onto the northern wall of St George Serbian Orthodox Church in St Albans, Melbourne, was discovered early Saturday morning, 27 February 2016. The sign read "U SRBE NA VRBE U", fascist symbols used during World War II and literally implying the hanging of "Serbs on willows". The letter "U" stands for Ustashe, an ultranationalist Croatian fascist movement under whose banner multitudes of Serbs, Jews and Romani were brutally annihilated.

The Very Reverend Borislav Petrovic, parish priest, and his faithful anticipate that the perpetrators of this crime will be exposed expeditiously.

It is anticipate that this church - as the St Nicholas Serbian Orthodox Church in Geelong, 75 km outside of Melbourne, whose church hall and sidewalk were similarly vandalised with "Serbs on willows", "A good Serb is a dead Serb" and swastikas on Sunday, 21 February 2016 - is to host Serbian Patriarch Irinej during the course of his stay in Australia.