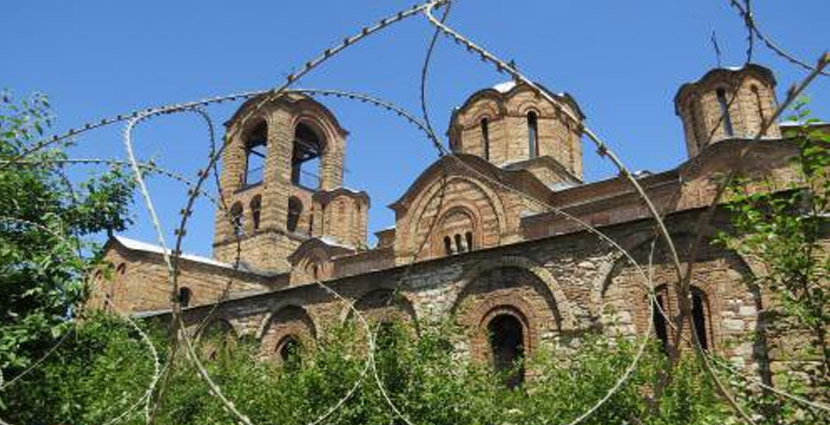 On 30th October 2015, writing on behalf of the Metropolitanate of Australia and New Zealand of the Serbian Orthodox Church and their substantial Serbian communities, especially in Australia and New Zealand to The Honourable Foreign Ministers Julia Bishop of Australia and Murray McCully of New Zealand, Bishop Irinej urged them and their respective governments, in the strongest possible terms, to assist in preserving, without compromise, our Serbian cultural and spiritual patrimony of Kosovo-Metohija, by preventing the admission of "Kosovo" to the membership of UNESCO.

As the Bishop noted, over 1,400 remaining Serbian Orthodox churches and monasteries in Kosovo-Metohija, notwithstanding the 150 that have been razed or vandalised since 1999, are an integral part of the heritage of the Serbian Orthodox Church and the Republic of Serbia. Any physical seizure or historical revisionism leading to identity theft would clearly endanger the survival of these and other most important religious, cultural and historical monuments of the Serbian people, especially those still living in the region, but also irreplaceable European and world cultural heritage in Kosovo-Metohija. In verification of the same, he forwarded each the monumental edition of "The Christian Heritage of Kosovo and Metohija: The Historical and Spiritual Heartland of the Serbian People" (Los Angeles: Sebastian Press, 2015).

Acutely aware of the difficult situation on the ground and desirous of a better and sustainable future for both Serbs and Albanians in Kosovo-Metohija, the Serbian Government, the Serbian Orthodox Church and the Serbian Academy of Arts and Sciences, as Bishop Irinej noted, deem it necessary to solve all problems through peaceful, continued dialogue in Brussels between Belgrade and Pristina. Establishing better relations with the Albanians and viable municipalities for the Serbs, as the hedging instrument of collective political, economic, cultural and other rights of the Serbian people in Kosovo-Metohija, must become a priority as recently stated in common by the Government, the Church and the Academy.

For all of these reasons the Bishop urged the Foreign Ministers and their governments to use Australia's and New Zealand's standing as a good international citizens that respect the Rule of Law to impress upon all interested parties that the only way to resolve the quandary of Kosovo-Metohija's future and to safeguard its history and priceless heritage, is through equitable, constructive bilateral negotiations void of unilateral determination.