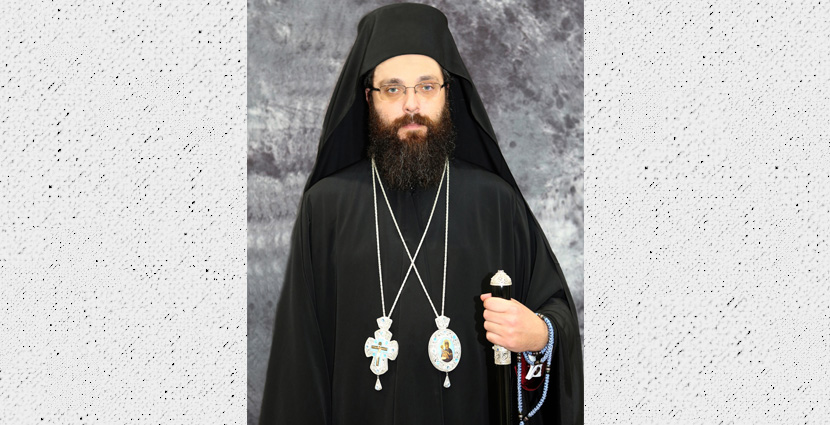 Bishop Siluan (Mrakić), MTh, born Alexander, comes from a devout and pious family from the Herzegovina hamlet of Budim Do, in the Trebinje district. He was born on the Feast Day of Holy Prophet Moses, 17 September 1979, in Sydney Australia, the son of Veljko and Janja (nee Vukanovic) Mrakic, and baptized the same year in the Serbian Orthodox Church of St Nicholas in Blacktown, Sydney.

After the completion of studies at the Theological Institute in Belgrade, he returned to Australia where he became a novice at the St Sava—New Kalenich Monastery near Canberra, with the then Bishop of Australia and New Zealand, His Grace Milutin (Knezevic). In this capacity, at the proposal of Bishop Milutin, in 2006, he continued his obedience in the newly formed Diocese of Valjevo. Shortly thereafter, he entertained theological training in Russia, enrolling in studies at the Moscow Spiritual Academy at the Holy Trinity—St Sergius Lavra.

In his second year, the 2007-2008 academic year, he was awarded a Patriarch Alexius I scholarship for excellent academic results. After graduating from the Moscow Spiritual Academy in 2009, he continued his academic research at this institution of higher education, by writing a candidate thesis in the discipline of Orthodox Christian anthropology on "The Anthropology of the Venerable Justin Popovic". His thesis was successfully defended at the end of 2010 before a commission of twelve professors, including as an expert reviewer, the retired Bishop of Zahumlje and Herzegovina, His Grace Dr Atanasije (Jevtic). With the successful defence of his work, he obtained the theological-academic designation of the Russian Orthodox Church, a Candidate of Theology.

By the right hand of Bishop Milutin of Valjevo, he was tonsured a lesser schema monk on 18 December 2010, the day of St Sabbas the Sanctified, in the monastery of the Presentation of the Blessed Virgin, known as 'The Desert'. The following day, 19 December, the feast of St Nicholas the Wonderworker of Myra in Lycia, in the presence of the relics of St Nicholai of Zhicha and Ochrid in Lelich, he was ordained to the rank of hierodeacon.

With the blessing of Bishop Milutin, in 2012 he undertook postgraduate studies at St Andrews Greek Orthodox Theological College, under the jurisdiction of the Ecumenical Patriarchate, in his hometown of Sydney. His studies concluded with the writing of a master's thesis in the field of patrology, titled "A Review of the new criticism of the Neo-patristic Synthesis: Insights from Father Justin Popovic".

After graduating, Bishop Milutin ordained hierodeacon Siluan on the feast day of the Holy Archangels at Cheliye Monastery, on 21 November 2014, in the presence of the relics of the Venerable Justin the New, to the ecclesiastical rank of hieromonk. Thereafter, on the feast of St Nicholas of Myra in Lycia same year, Bishop Milutin elevated hieromonk Siluan to the dignity of protosyncellos. Towards the end of 2015, Bishop Milutin appointed protosyncellos Siluan as Dean of the First Deanery of Valjevo.

At the regular May session of the Holy Assembly of Bishops of the Serbian Orthodox Church In 2016, he was elected Bishop of the Metropolitanate of Australia and New Zealand. His Episcopal consecration was solemnized on 7 August 2016 at the Patriarchal Cathedral of the Holy Archangel Michael in Belgrade, followed by his enthronement on 22 October of the same year at the St George Historic Cathedral in Cabramatta at the hand of His Grace Bishop Longin of New Gracanica—Midwestern America.

In addition to the English language, he is fluent in Russian and Serbian.