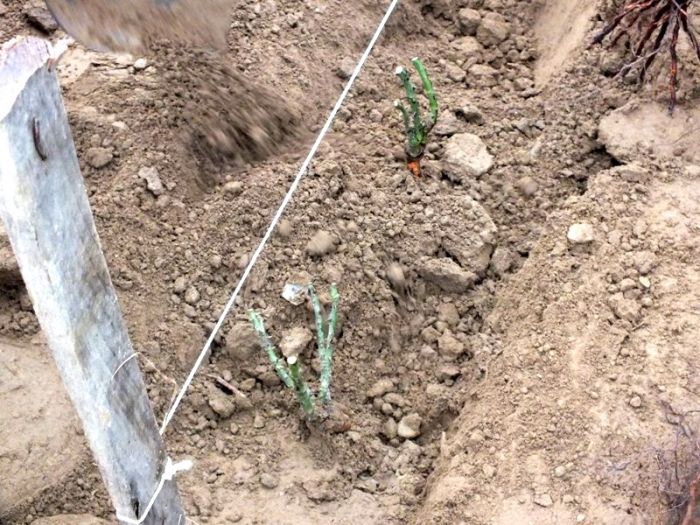 This report contains a comprehensive summary of the activities within the project "Cut flowers production in Kosovo". The report includes an overview of the activities carried out during the lifecycle of the project, implementing partners' description, progress in relation to the project objectives, problems encountered and actions taken.

With the funding support secured by Serbian Orthodox Metropolitanate of Australia and New Zealand, IOCC in partnership with the Serbian Orthodox Diocese of Raška and Prizren has initiated an income generating program for humanitarian organization Majka Devet Jugovića, supporting their efforts in securing continuity of funds for operating six soup kitchens in Kosovo and Metohija.

IOCC designed this project to continue to capitalize on the assistance provided to date, to the population residing in isolated remote enclaves throughout Kosovo and Metohija.

The ultimate goal of the project is to support establishment of a self-sustainable operational system for "Majka Devet Jugovića", through combining profitable economic development initiatives and cut flowers production. Specific program objectives include:

The diocese of Raška and Prizren is one of the oldest dioceses of the Serbian Orthodox Church; in the 10th century, the Raška Diocese was already existent. The traditional seat of the Diocese is Prizren, the ancient medieval Serbian capital. The Diocese is known for its many old monasteries and churches from the middle ages, and for its critical role through the centuries in providing spiritual, cultural, social and economic stability to vulnerable communities in the region, work which continues to this day.

The ruling Bishop of the Diocese of Raška and Prizren is His Grace Bishop Teodosije, officially enthroned on 26 December 2010 at St. George's Cathedral in Prizren. The Holy Synod of Bishops appointed him in 2005 as Serbian Orthodox Church representative for the contacts with international community in Kosovo and at the same time he became a member of the Council of Europe led Reconstruction Implementation Committee which has been working on reconstruction of the SOC sites that were destroyed in March 2004 riots in Kosovo.

The Majka Devet Jugovića Humanitarian Organization was established in 2000, and officially registered in Kosovo and Metohija as the humanitarian organization of the Serbian Orthodox Diocese of Raška and Prizren.

Since 2000, Majka Devet Jugovića organization has been committed to life-sustaining emergency relief programs, community service programs and re-development projects that rebuild traumatized lives and communities after the devastation of war and other disasters in Kosovo and Metohija.

The organization's humanitarian program portfolio is supported by number of international NGOs / donors (International Orthodox Christian Charities - IOCC , Norwegian Church Aid – NCA, Handicap International, USAID, Mercy Corps, UMCOR, CARE, KFOR, UNMIK, Serbian Orthodox Church Dioceses, humanitarian organization Serbs for Serbs and a number of Association of Serbs from around the world, etc.) and local organizations / institutions (Serbian Government Office for Kosovo and Metohija / and various ministries, Fund B92, Center for Peace and Tolerance, Serbian Orthodox Church Dioceses, etc.).
Among many various humanitarian programs, the major focuses on:
- Soup kitchen program for the most vulnerable and economically disadvantaged people living in enclaves throughout Kosovsko Pomoravlje region and supporting the work of kitchen of the Serbian Orthodox Seminary in Prizren;
- Distribution of the humanitarian relief assistance, to the most vulnerable population in Kosovo and Metohija;
- Provision of humanitarian assistance and support to returnee families in Kosovo and Metohija;
- With the support of partner's network, securing scholarships and school kits / materials for large number of children in Kosovo and Metohija;
- Supporting agriculture development programs by distributing agricultural mechanization, seeds, fertilizers, large cattle, small ruminants, etc. to most vulnerable families in Kosovo and Metohija; etc.

As their main activity, the organization is running six soup kitchens (with central soup kitchen, large warehouse and central bakery in Prekovce village - Novo Brdo municipality) in Kosovo and Metohija, preparing and delivering over two thousands (2,000) hot meals per day, for the most vulnerable and economically disadvantaged people living in enclaves throughout Kosovsko Pomoravlje region.

Over the years, the presence of international NGOs and donors in Kosovo and Metohija has been decreasing, as well as size of humanitarian assistance, leaving many unresolved issues still active. Equally, the assistance on behalf of the Serbian Government is decreasing, adding further to uncertainity of the overall program. The decrease of the funding and material support to the Majka Devet Jugovića soup kitchen program in Kosovo and Metohija could force the closure of six soup kitchens, resulting with devastating impact on over 2,000 people who are receiving daily assistance.

In an effort to ensure the sustainability of soup kitchen program, by the blessings of His Grace Bishop Teodosije and with the full support and commitment of the Serbian Orthodox Diocese of Raška and Prizren, they have initiated program focused on agricultural production, employing almost 40 workers / professionals. Using the land that belongs to the Diocese of Raška and Prizren, they organized agricultural vegetable and crops production (potato, cabage, carrots, onion, garlic, etc), for the soup kitchens needs.

In addition, with the international NGOs support, they built and established a farm with approximatelly 200 sheep and 150 goats, for producing milk and cheese for soup kitchens; this year, a small milk processing facility start working.

Unfortunatelly, the soup kitchen program is still heavily relying on donations, as many items required for its functioning cannot be produced (wheat flower, salt, sugar, spices, etc.), including salaries for professional staff.

It gave the incentive to this program, which is geared towards ensuring support for an economic development / sustainable income program for Majka Devet Jugovića, which will ensure its economic sustainability.

In an effort to provide sustainable assistance to the Majka Devet Jugovića soup kitchen program, IOCC focused its efforts in supporting an economic development / sustainable income program that has a potential to generate the funds necessary to ensure viable operations and minimize dependence of the organization and its soup kitchen program on donations.

With the generous support by the Serbian Orthodox Metropolitanate of Australia and New Zealand, the focuse of the program was placed on supporting start up of the "cut flowers production" program.

The project site is located in the sub-urban area of Zvečan municipality - North Kosovo; next to the main road Zvečan - Leposavić, just few kilometers from Zvečan.

The selected location enables easy access to the project site - position of greenhouses (yellow rounded polygon), with good connection to the main road and good position for undertaking all required security measures.

The topography of the area in general and the project site in particular is with a very slight slope, so leveling for getting a slope of 1.5% along the gutter of greenhouse was minimal; the land is well drained of very good quality for intensive agricultural production.

To establish operational framework and initiate proposed activities, on 01 July 2014, the grant agreement worth US$ 19.850 was signed between IOCC and Serbian Orthodox Diocese of Raška and Prizren; for ensuring the purchase of 5,000 m2 of agricultural land, for the needs of the project.

Upon signing the contract and transferring the funds to the Diocese's bank account, by the blessings of His Grace Bishop Teodosije, the land has been purchased and with IOCC technical support it was officially registerred as the ownership of the Serbian Orthodox Diocese of Raška and Prizren.

As a result of the initiative of Majka Devet Jugovića, and their work / contacts with other international NGOs in Kosovo and Metohija, additional funding resources were secured from Mercy Corps / USAID project.

The third phase of the project was completed during the November 2014; it involved following activities:
- Regional market research and selection of the potential supplier of flowers seedlings. With the support of IOCC, this component was completed by Majka Devet Jugovića, and specialized producer of flowers, conifers and decorative plants "Rasadnik Braća Topalović" from Lipolist – Šabac was selected.
- IOCC secured required funds for the final phase that included purchasing and planting of 3,350 rose seedlings. IOCC directly contacted selected supplier and organize the process of purchasing and delivering the seedlings to Kosovo – planting completed on 27 November 2014.

For executing the third phase of the program, setting the operational framework and initiating the activities, in November 2014, IOCC and Serbian Orthodox Diocese of Raška and Prizren signed specific annex to the existing operational agreement.

The final phase of this program includes marketing of the main produce of the project, as the commercial production is planned for April 2015; flowers after harvesting will be marketed at local Kosovo and Metohija market and in direct sales through the Serbian Orthodox Church.

On local market, the focus will be in supplying flower stores in North Mitrovica and Priština municipalities; for now, those stores are importing cut flowers mainly from Serbia and FYR Macedonia.

In direct production through the Serbian Orthodox Church, the focus will be on securing flowers for large church feasts and celebrations, happening several times throughout the years and demanding large quantities of cut flowers; especially twice a year for celebrating days dedicated to those who pass away and when thousands of people visit graveyards and put flowers.

Overall management and broad program goals were the responsibility of the IOCC Headquarters office (HQ) in Baltimore, Maryland where the IOCC Director of Strategic Initiatives supervises all IOCC operations in the Balkans. All financial, logistics and related controls, systems and procedures carried out in field operations are governed and reviewed by IOCC Headquarters.

Day-to-day management of the program was responsibility of IOCC Serbia office, where IOCC Program Manager is responsible for all aspects of program implementation and management at ground level, with HQ-based support, supervision, and monitoring. All financial, logistics, and related controls, systems and procedures carried out by IOCC Program and Finance Managers in field operations are governed and reviewed by IOCC Headquarters.

For all components of the project IOCC applied standardized monitoring processes and criteria for a three-fold purpose: to ensure that the project is developed according to plan, to confirm that assistance is reaching the targeted beneficiaries and achieving the desired project objectives, and to determine future needs; the evaluation of all aspects of the project will be on going and documented throughout the project.

During the lifecycle of the project, IOCC Program Manager conducted regular visits to the targeted areas. During these visits, all crucial decisions related to program dynamics and visits to the field were made in cooperation with representatives of Diocese of Raška and Prizren and humanitarian organization Majka Devet Jugovića.